In 2015 the Berenberg Prize for young art was awarded to Andrzej Steinbach.
His accuracy within his analysis of visual culture has convinced the expert Jury. At Kunsthaus Steinbach is showing different works that are being negotiated with different aspects of contemporary portraiture. Personality coaching, genuineness and personal affirmation  our present time sets high standards on every individual, and history of portraiture documents these forms of cultural representation.

Faces as significant surfaces titles a very reductive text collage, which is presented on a plain table. The Video Loop be photographed displays different people who are posing in front of a smartphone camera being made believed to be actually photographed. Individuals are also the subjects of the sound work
"Face to Face ", however, they dont actually make an appearance, but are listed consecutively. Issa Fall recites the names of all the people he has met. For a series of 184 black-and white photographs
Figure I, Figure II Andrzej Steinbach captured two fairly young female models, one light and one dark skinned, one with her head shaved the other one all or partly masked. Whether clothes and pose give information about a fashionable, social or political stance or are only skilfully presented codes by the photographer cannot be determined. A selection of 20 pictures from this series of large-format photographic works can still be seen until January 10, 2016 at Sprengel Museum Hannover.

Andrzej Steinbach was born in Czarnków, Poland, in 1983 and studied photography with Heidi Specker at the Academy of Visual Arts, Leipzig, from which he graduated in 2013. 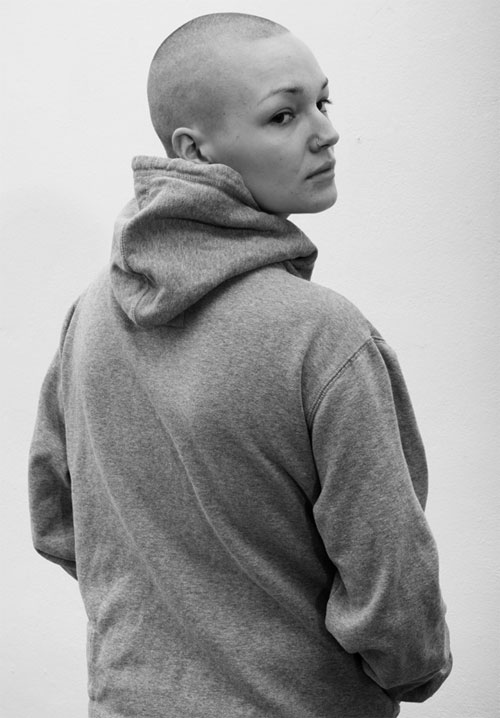 Alice Peragine receives Berenberg Prize for young art.
Utilising performative installations and site-specific interventions her work examines social, visual and institutional structures. Space, body, and image are crucial parameters in her performances and video installations. Questions concerning the relationship between the audience and the work, the beginning and end of a performance and structural power relations within institutional ensembles are central to her approach. After completing a Bachelor of Fine Arts and Art History at the University of Greifswald, she moved on to study Fine Arts at HFBK Hamburg with Michaela Meliàn in the department of Time Based Media in 2010. Currently she is involved in several collaborative projects in Hamburg such as PLATEAU, a web based publication for the performing arts that aims to create more visibility for experimental approaches to performance and social practices in urban spaces by providing a platform for interdisciplinary discourse through the production of texts.
www.plateauhamburg.de 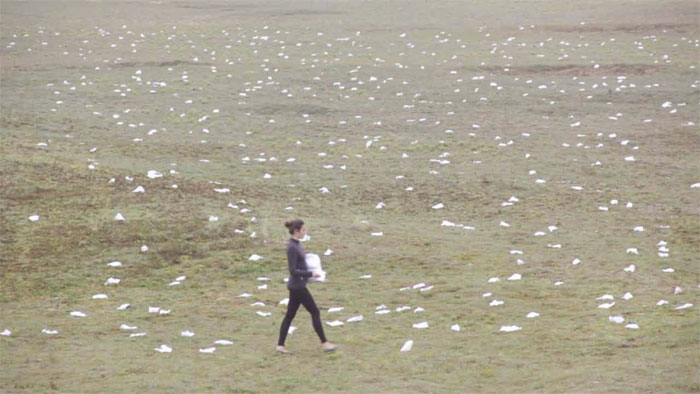 The Berenberg Prize for young art was announced at this years opening of the annual Index exhibition at the Kunsthaus Hamburg on Wednesday, the 6th, 2013.

The winning artist, Katja Aufleger from Oldenburg, Germany, recently graduated with an M.A. in sculpture from the University of Fine Arts Hamburg (Hochschule für Bildende Künste in Hamburg), where her teacher was Andreas Slominski. Composed of art experts, the judging panel was convinced by both the complexity and range of artistic expression and her uniquely conceptual way of creating art. A subtle sense of humour pervades the intense character of Auflegers paintings, objects and installations. 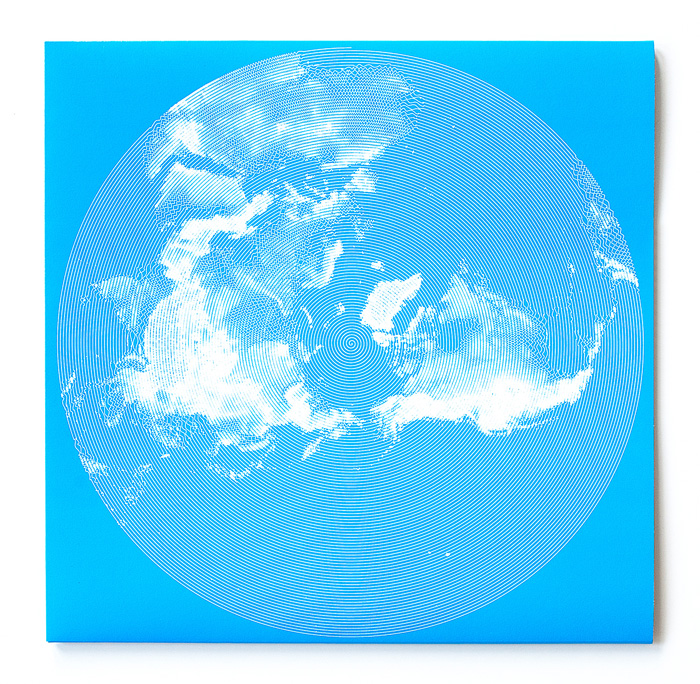 The Berenberg Prize for young art was awarded to the artist Verena Issel on November 7, 2012. The jury selected the Hamburg-based artist from twenty-five nominees. At the twelfth Index exhibition, Verena Issel presents an expansive installation. Issel was born in Munich in 1982 and studied liberal arts at the Hochschule für bildende Künste in Hamburg and elsewhere; she now lives in Hamburg. Composed of a wide range of found and used objects, the environment the artist lays out at the Kunsthaus suggests her analytical perspective on layers of space and visual representation, on dissemination and condensation. The artists works also parody conceptions of culture and value, displaying a subtle sense of humor. 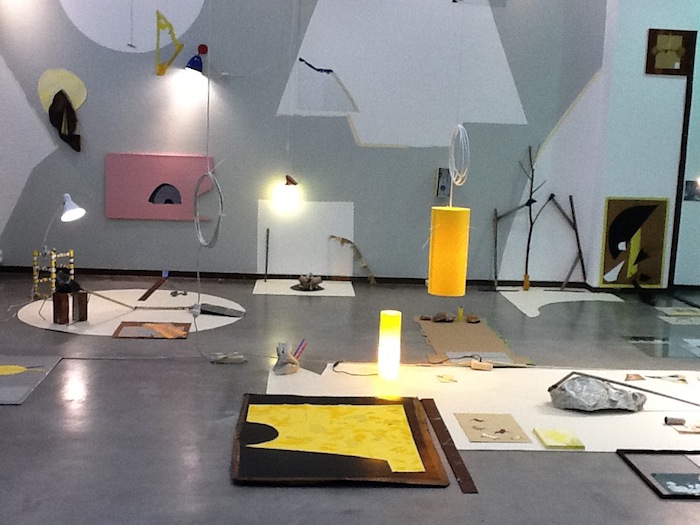 2010 the exhibition series celebrated its 10-year anniversary and in that occasion awarded the 'Index art prize donated by the Berenberg Bank'. The prize was announced to 25 nominated young artists and finally given to the Berlin based artist Monika Grzymala.

Grzymala was born in Poland in 1970. After completing a classical education in Stone Sculpting and Restoration, she studied Visual Arts and Sculpture at the Art Academies of Karlsruhe, Kassel, and Hamburg. Originally working with figurative sculpture, the artist has developed 3-dimensional installative drawings that focus on abstract forms of expression. The temporary and ephemeral architectural interventions are based on the formal language of the line. Grzymala uses various materials for her installations, such as handmade Washi paper, adhesive tapes, lead wire, confetti, leaves, twigs, and other linear objects found in her surroundings.